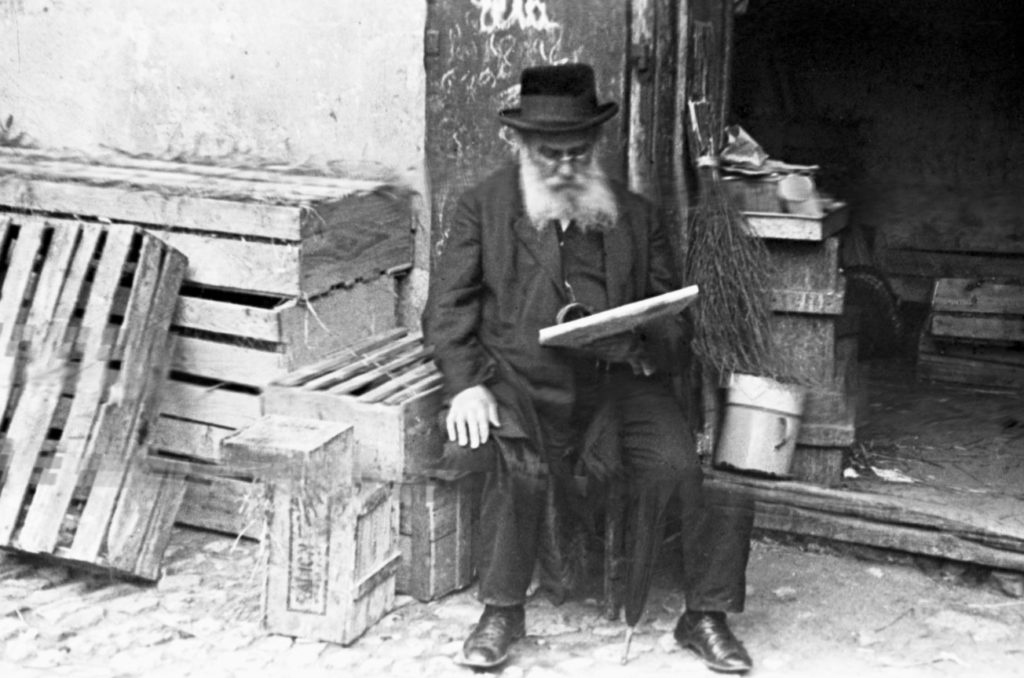 Population of Jews in Poland was big before 2nd World War. In Poland existed jewish newspapers in polish but also in hebrew and yddish. Today more and more of them are available on-line with possibility to search surname in text. We offer research those newspaper and translation of article into language you want.

“The shocking tragedy of the Jewish family

on Nalewki St. – In one hour, the young couple parted with the world and the father of the child got a nervous attack

Wife died in the hospital and her husband hung himself

In the Jewish Quarter in Warsaw, the shocking tragedy that took place in two related Jewish families was told yesterday. The details of this drama are as follows.

In Rafal Altman house – owner of the crates, ul. Nalewki 21, worked a few years ago with the saleswoman Laja Weinziger. Between her and the employer’s son Dawid (disabled), a friendship thread was formed and young people soon got married.

A young couple lived in happiness for 7 years leading a prosperous life. Laja managed her own underwear studio in a three-room apartment at nalewki 49 Street. The spouses enjoyed a 4-year-old daughter, but they still wanted to have a son. When Laja got pregnant, she got a hemorrhage and had to take her to the hospital. There, she gave birth to a dead child and ended her life herself at the age of 28.

On hearing of this distraught husband, 29-year-old Dawid ran to his mother, threw the content of the wallet on the table and jumped to the window of the first floor, trying to deprive him of his life. Horrified, Altman’s mother with difficulty tore her son from the window, reassuring him not to deprive his father’s living daughter.

At one point, thinking that the son had returned to a mental balance, she went into the kitchen. When she came back soon and did not find her son, she had an alarm when she had a bad feeling. After a short search, Dawid Altman was found hanging on a rope in the bathroom. All robbery assistance was unnecessary.

They immediately informed Father Rafal Altman, who, at the news of his daughter-in-law’s death, reported to the funeral company “Eternity” with a request to arrange her funeral. While dealing with these formalities, Rafal Altman learned that he should also arrange the funeral of his son – the husband of the deceased Laja.

Shaken by this message, Rafal Altman was speechless. He got a strong epileptic attack from the nervous shock he experienced.

Incredible tragedy ended with the death of a married couple in one hour caused a depressing impression among the population of this area.

At the end of this sad event you have to tell her the finale. Well, the servant Altman, unable to wait for the return of the breadwinner, went to his parents for information. Thieves found out who stole the Altman flat, stolen goods, underwear, clothing, bedding and jewelery worth a total of several thousand zlotys.”

But you need to remember that not only jewish newspapers have written about Jews in Poland. Jews were part of polish life. Also polish newspapers often mentioned about them.

We will help you find some articles if exist about your roots and will translate as a part of our research!